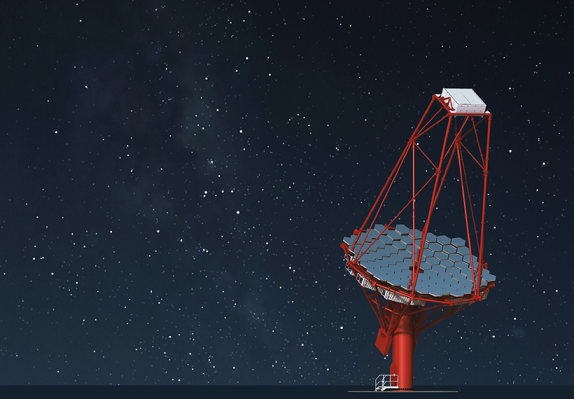 The 2015-2016 period saw the launch and deployment of 5 projects of greater importance known as emblematic projects for an overall budget of 3.2 M€.

The project aimed at taking a general approach to advanced calorimetry by exploiting the concept of "particle flow": CALICE (ILC), HGCAL (CMS), HGTC (ATLAS). The general subject is important for the future of particle physics at the high energy frontier. The project aimed to complete the mechanical design of the instrument, the ASIC development and the characterization of the calorimetric performances. The team plans to maintain a leading role in advanced calorimetry for high irradiation environments. 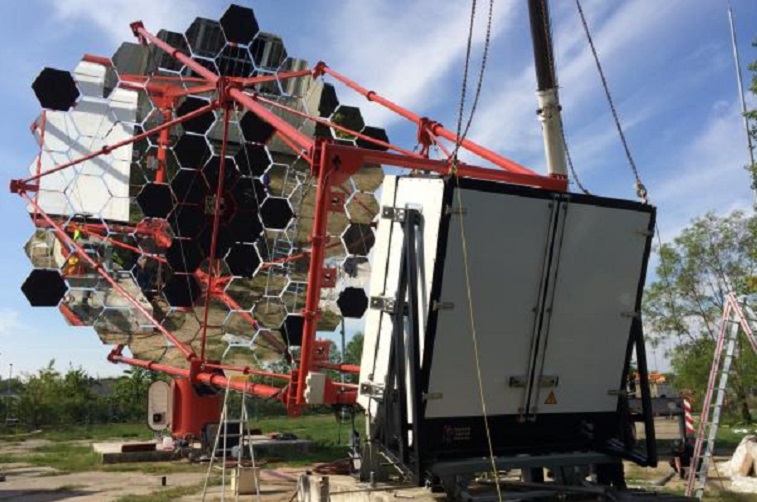 Test at Berlin of the NectarCAM camera, Credits: Irfu

The goal of this project is to build a camera designed for the Medium Size Telescopes of CTA and then test a first prototype with astronomical data to validate the design and operations of NectraCAM. NectarCAM is a major CTA international project on very high-energy gamma rays. This project builds on a great deal of expertise and preparatory work that has already been done in P2IO institutions, including previous experiences with HESS.

Atomic nuclei are made of nucleons, protons and neutrons, composed of quarks strongly interacting via gluons. “How suchcomplex objects as particles and nuclei are built?”, remains a fundamental question. A new ‘frontier’ of subatomic physics isthe exploration of exotic nuclei, elements and isotopes not stable enough to have survived on Earth. Exotic nuclei populatevast  unknown  regions  of  the nuclear  chart  where many  unexpected  structures have  recently been discovered. Exotic nuclei synthesized in laboratory allow large variation of the neutron and proton chemical composition of nuclear systems needed touncover the true nature of the subatomic structures and to understand the origin of elements in the Universe. 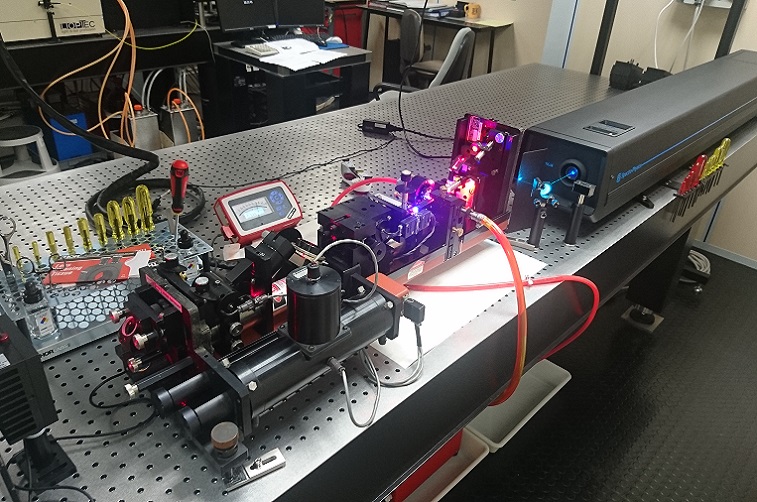 Laser, part of the experiment

JWST : Evolution of matter from the interstellar medium to exoplanets with the James Webb Space Telescope

The James Webb Space Telescope (JWST) should be launched in 2021 on an Ariane 5 rocket from French Guiana. With a primary mirror diameter of 6.5 meters, the JWST is the largest telescope in space. It offers the possibility to observe down to 0.6 μm and up to 28 μm, with unprecedented angular resolution, sensitivity and instrumental capabilities. In operation for 5 to 10 years, in orbit around the L2 point at 1.5 million km away from the Earth, it will perform transformational science in all fields of astrophysics.

PRAE : Platform for Research and Applications with Electrons

The PRAE project aimed at creating a multidisciplinary Research and Development (R&D) platform at the Orsay campus, gathering various scientific communities involved in radiobiology, subatomic physics, instrumentation, particle accelerators, medical physics and clinical research around a high-performance electron accelerator with beam energies up to 70 MeV (planned 140 MeV), in order to perform a series of unique measurements for challenging R&D. 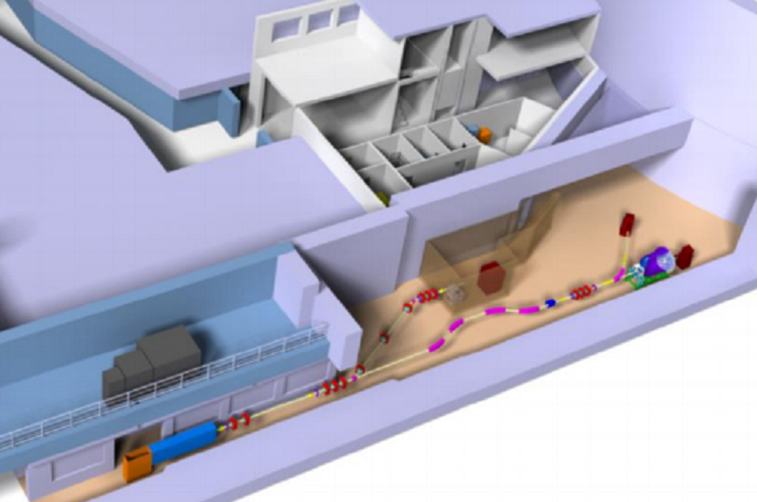