LHCb in pursuit of the right photon 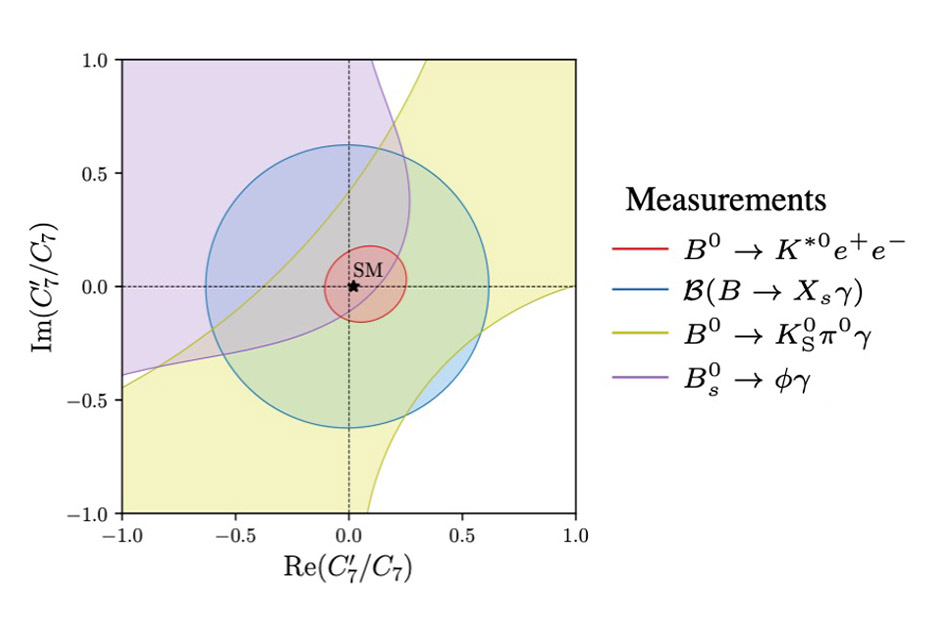 Since the discovery of the violation of the parity by the weak interaction in 1956, this phenomenon has been extensively studied and today, the maximum violation of the parity by the weak interaction is a property of the Standard Model of particle physics. One of the consequences of this property is that, according to the Standard Model, the photons emitted in transitions involving the weak interaction are left-polarized. The LHCb experiment, located at the LHC (CERN), has recently studied this property for photons emitted in transitions such as b→sγ. Indeed, if it turns out that these photons could also be emitted with a right polarization, this could be a sign that a new physics, beyond the Standard Model, also intervenes in these rare transitions.

Indeed, b→sγ transitions are rare: less than 1 quark b in 1,000 is transformed into a quark s and a photon. They have been studied for nearly 30 years in numerous experiments around the world. The LHCb collaboration, using an innovative method developed by physicists from the IJCLab LHCb team (PHE cluster), has used the world's largest sample of B0 →K*0e+e- decays and isolated those coming from the B0 →K*0 γ decay where the (virtual) photon finally materializes into an e+e- pair, in order to identify the decays caused by the b→sγ transition. The angular distributions of the products of the B0 decay →K*0e+e- can be used as a polarimeter to obtain the polarization of the photon. The measurements are in good agreement with the Standard Model, but the uncertainty is completely dominated by the sample size. An improvement of the measurement is therefore expected with the set of data that will be recorded during Run3 (until 2025) and may be able to highlight a small fraction of right polarization.